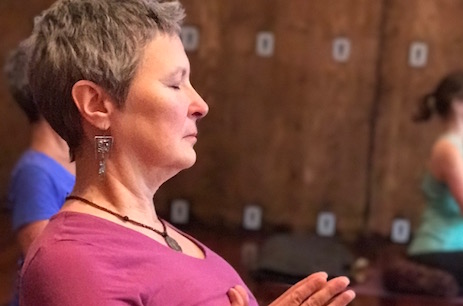 Phyllis Rollins, CIYT, began her study of Iyengar Yoga in 1988 with Light on Yoga.  Since then, she has studied with many of the senior teachers in the U.S. and has traveled three times to India to study with B.K.S. Iyengar, his daughter Geeta, and his son Prashant. In 1993 Phyllis opened Charlotte’s first yoga studio, The Yoga Center, and in 1995 she earned her IYNAUS certification.  She continues her study of the junior intermediate syllabus, passing the first level of this certification in 2016. Most recently she attended the 2016 members convention with Abhijayta Iyengar in Florida.